A virtual finalé event was held on Wednesday night, 24 June 2020 for the inaugural AgFrontier Regional Agtech Incubator, attended by Australian and international supporters and investors.

Ten regionally-based agricultural technology entrepreneurs, selected from a pool of more than 30 applicants from across Queensland and Northern NSW, participated in the 14-month program.

Hosted by entrepreneurial leaders Leanne Kemp, Queensland Chief Entrepreneur and Brad Twynham, Australian Government Incubator Facilitator, the event was themed as a “Virtual Road Trip” across Queensland, with attendees ‘travelling’ more than 3,800km in the evening. Attendees were introduced to nine of the cohort with pitches, and enthusiastic and interactive Q&A sessions. Adding additional colour to the evening, all of the panelists shared spectacular landscapes from regional Queensland as their virtual backdrops.

“AgFrontier was established because we believed that businesses and individuals who actually worked in the agricultural industry had the passion, deep understanding and drive to create super startups,” CHDC Agribusiness Development Coordinator Liz Alexander says.

“All of these regionally-based businesses are working on impactful solutions to the big problems that face agriculture, both nationally and around the world: reducing environmental and labour impacts, and increasing food production to efficiently feed a growing global population.”

The startup and spin-off businesses were accepted at a range of developmental stages, from some with just an aspirational idea, like the Broken Plains Pastoral ‘Big Bug Zapper’, to others ready to scale nationally and globally, with SwarmFarm Robotics and DataFarming. Notably, 50 percent of the cohort start-ups have female founders.

The cohort are experiencing significant investment success with a number completing seed, early stage and series A funding rounds, and are rapidly growing their businesses and employment based from their regional locations.

Originally planned as a face-to-face gathering, the finalé event had to be changed due to pandemic gathering restrictions, going virtual with an audience of more than 80 participants registered including the who’s who of Australian agtech investing, industry networks and influencers, in addition to AgFrontier program partners and investors.

Hosts Leanne Kemp and Brad Twynham announced two awards for the evening; SwarmFarm Robotics from Gindie, Central Queensland, was voted as displaying the best virtual backdrop, and Erica Hughes from Farmer Meets Foodie at Mt Molloy in North Queensland was voted most compelling pitch in a very close-run result.

CHDC recognised the support of their foundational partner the Australian Government Department of Industry, Science, Energy and Resources Incubator Support for New and Existing Incubators program which assists startups to succeed in international markets. AgFrontier was also supported by the Local Buying Foundation, the Cotton Research Development Corporation and the Queensland Government Advance Queensland initiative. 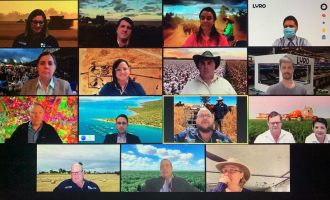 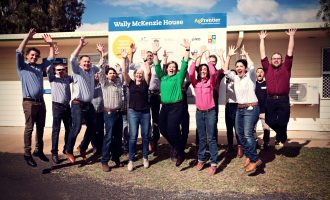 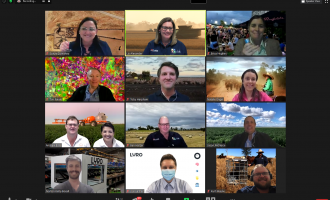